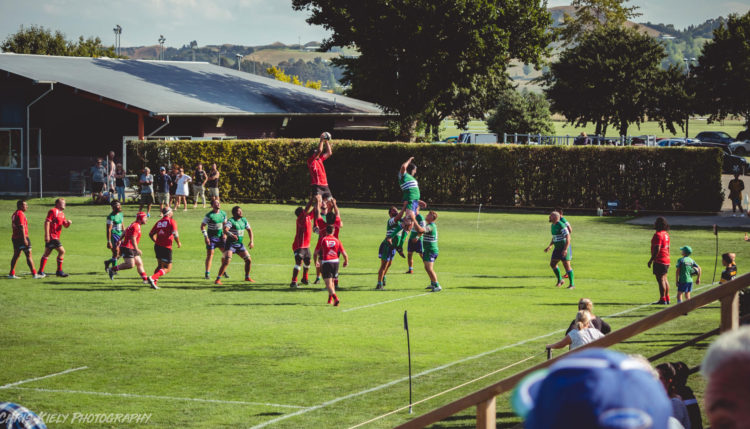 Views and comments in this publication are not necessarily those
of the executive or policy of the Napier Old Boys Marist Rugby Club.

The green machine in control

All players and intending players Welcome. Bring along your mates.

Thirds draw and kick-off date still to be announced.

Colts kick-off on 30 March – draw still to be announced.

IMPORTANT REMINDER – To the following players who were awarded Cups at our 2018 last Presentation of Trophies function. Could you please return them to the clubrooms as soon as possible so that they added to our clubroom trophy display. They can be handed in at the club bar or to your team coach or manager.

>>> Coaches & teammates – As some of the above named players may not be receiving our emails can they be informed of this urgent request please.

🏉 It’s nearly time
….keep an eye out on your emails to register for the 2019 rugby season!
Go the Green Machine

ALL NEW PLAYERS IN 2019 WELCOME

NOBM Junior Club hoodies
Get prepared for the coming cooler weather (and it will come !)

“New Players Welcome to Team up with us in 2019

Just trying to get weekly Bar Raffle finalised before the season kicks-off on 16th March.

Can you all let Bill know if you wish to continue to keep your current numbers in the Raffle or if you would like another one.

If you know anyone else that might like one please ask them and please let me know.

A friendly reminder to our non-playing members and supporters

NOW IS THE TIME

As you will be well aware no club can run on fresh air as it costs big bucks for a sports club to function successfully.
So in the coming month your continued financial support will be really appreciated.

Please Note:
A renewed or new membership will see you financial with the Club through until 31 March 2020

Available from the Club Bar

See YOU at the Clubrooms
on Saturday afternoons
All members and friends Welcome
Join our affiliate codes sportsmen/women – footballers, netballers, cricketers & softballers at the clubrooms.

The opening round of the Nash Cup Saturday 16 March will also see our first Gig of the season
featuring by special request
DJ Dclx
based out of Wellington will be at our clubrooms banging out the beats!

The season’s start……Get Ya Groove on!

Call in for a cool TUI or two….. and a game of Pool

Clubroom Bookings
for all Functions or Events

THAT – at the Tukapa RFC hosted 88TH Spillane tournament in New Plymouth this weeks the draw for the top division Spillane Cup sees defending trophy holders Napier Old Boys Marist vs last years beaten finalists Hutt Old Boys Marist. While the other coupling will see Hastings Rugby & Sports pitted against Wellington Marist St Pats. Round two will be winners v winners and losers v losers. The first round losing sides Napier OBM and Hastings R&S will delay settling that score as they are due to play each other in the Nash Cup on 30 March at Tremain Field.

THAT the above is a selection of action pics of our former hard running Premier winger Craig Sharplin in action and it looks like he’s developed his SBW pass to perfection too. These shots were from a recent match for the Consett rugby club that he has teamed up with which is in Durham just out of Newcastle in England. Unfortunately Craig has had a number of injuries since being there but apart from these hick-ups he is certainly loving the experience of being over there, as well he also has four other kiwi team mates on their OE’s in the clubs senior side too. P.S. Judging by the end pic you could be mistaken in thinking that Waikato were playing Taranaki !

THAT a REMINDER notice to all former Napier High School Old Boys rugby players – mark Saturday 18 May on your calendar and diary – The Club is holding a get-together for you at our Park Island clubrooms which will tie in with our WIT Trust Premier team’s home game against old rivals Taradale (kick-off 3pm). The curtainraiser will be the clubs Premier Development XV vs Taradale at 1.15pm.

THAT – Though wisdom is good in the beginning, it is better at the end.

THAT a pic of the latest intake of Chilean and Argentinian teenagers who are the attending the Hawkes Bay Global Academy which is based at Tremain Field and out of our clubrooms. The boys are also making good use of the HBRU gymnasium and fitness equipment as well as getting expert tuition in their upskilling course from staff coaching team. Ellery Wilson centre front is co-ordinating the program with assistance from fellow Magpie Mason Emerson and also Black Fern Krystal Cottrell.

THAT an important reminder to players both old and new that there are still vacancies in most grades – team training is now under way each Tuesday & Thursday at 6pm at Bond Field, Park Island >>> Come along and bring a mate. All new plyers and school leavers Welcome.

THAT Napier Old Boys Marist Rugby extend our hearty Congrats in advance to the Ashburton Celtic club who will be celebrating their clubs Centenary over the upcoming Easter weekend. Certainly a great milestone in any clubs history. And the best of luck with your Celebrations guys.

THAT if you know of anyone that is interested in joining our regular TeamTalk mailouts then please forward their name and email address to – New members and supporters of our Rugby and affiliates Marist sports club always Welcome.

THAT message to non-playing members and supporters have you paid your 2019/20 subs yet ?

THAT a reminder to our readers – If YOU would like to contribute or offer your comments, complaints re rugby in general or our Club, then send a ‘Letter to the Editor’. Please feel free to email your contributions to – eddiewilson@xtra.co.nz We look forward to your comments and thoughts. Don’t bottle it up or tell someone else contact TeamTalk today.

++++ The biggest mistake you can ever make, is being afraid to make one

“So there’s been a bit of finger pointing and soul searching. We’re in a hole basically. We’re 0-3 and we don’t like it, it’s uncomfortable, it’s disappointing.”
Chiefs coach Colin Cooper lays it on the line following his sides three consecutive opening losses.

“Yeah, I’ve been here a few times. So it’s just about staying calm and staying with them and keeping them together and making sure we don’t have little splinters going on.”
Cooper continues.

“I just sat down and looked at all the different aspects of making a decision – it really stood out.”
Kieran Read on having the break and taking his young family on a rugby experience to live and play in Japan.

This weeks Poser – Poser – Can you name the South African lock who has just been signed by the Hurricanes ?

Poser 2 – Which Japanese club is All Black captain Kieran Read joining after the Rugby World Cup ?

Poser 3 – Following the Crusaders win over the Chiefs at Christchurch stadium last yesterday how many consecutive home ground wins do the currently have ?

Poser 4 – Who scored the Blues tries at QBE Stadium, Albany last night against the Sunwolves ?

Poser 4 – Do you know how many national teams are in the World IRB ranking list ? Answer – 105 (the 105th is American Samoa

New Zealand Marist Rugby Federation
An organization initiated to promote and foster a spirit of union, co-operation and close friendly relations between all Marist and similar rugby union football clubs in New Zealand, Australasia and the Pacific.
~~~~~~~~~~~~~~~~~~~~~~~

Present and New players, School leavers, Coaches and Managers will be Welcome

Marist had two players make their debut starting match for HB United last Sunday in Auckland – in the National League vs Waitakere. Luis Toomey and Josh Murphy. And two others on the bench Tai Barham (who got on for 15 mins ) and Harry Mason

Great for the club!

MARIST JUNIORS
Our registration is now open for all of our Junior footballers. Just head to this website:
https://mycomet-oceania.analyticom.de/en_NZ/login

Just a reminder that if you have already been apart of Marist you need to login with your child’s name. If you are new to Marist or need help to setup or use ‘ MyComet ‘ you can head to our website to find out all the information:
https://www.sporty.co.nz/napiermarist

Registration closes on the 12th of April and our season kicks off on the 4th of May.
There are plenty more updates coming up, so keep an eye out! 👀#napiermaristfc

An Irishman goes into a bar in America and orders three whiskeys. The barman asks: “Would it be better for if I put all three shots in one glass?”

The Irishman replies: “No! I have two other brothers back at home, so every time I come into a pub, I order a shot for them both.”

The barman asks: “Did something happen one of your brothers?” “Oh no,” replies the Irishman. “I just decided to quit drinking!”

“Is that the Ballycashel Echo?” asks Mick.

“How much would it be to put an ad in your paper?”

“Five pounds an inch,” a woman replies. “Why? What are you selling?”

“A ten-foot ladder,” said Mick before slamming the phone down.

Paddy was in New York, patiently watching the traffic cop on a busy street crossing. The cop stopped the flow of traffic and shouted, “Okay pedestrians”. Then he’d allow the traffic to pass.

He’d done this several times, and Paddy still stood on the sidewalk. After the cop had shouted “Pedestrians” for the 10th time, Paddy called over to him, “Is it not about time ye let the Catholics across?”

We look forward to seeing all rugby players, footballers, netballers, cricketers and softballers and friends at the clubrooms each Saturday – Pop in for cool Tui or two – Also bring along your mates for an Ale and a chat. All members and Friends Welcome …………. Ed 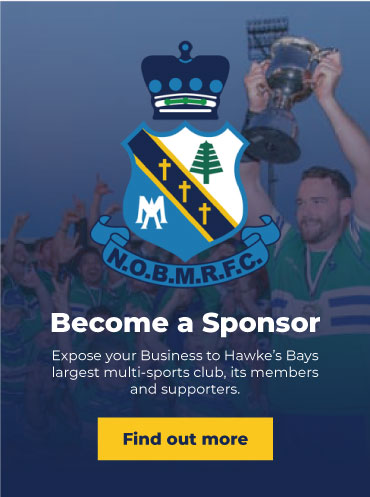